Laura Mott is the Curator of Contemporary Art & Design at Cranbrook Art Museum. Her latest exhibition is “Landlord Colors: On Art, Economy, and Materiality” on display from June 22-October 6, 2019 at Cranbrook Art Museum, as well as throughout Detroit with newly commissioned art installations and special performances through its public programming project, Material Detroit.

Do you consider curatorial work to be implicitly political? If so how does this affect your process?

In America, “political” is often understood as something overt, like candid opinions or social issues that easily fall into camps of liberal or conservative thinking. But if we regard this term as a concern for the conditions of contemporary life (human, nature, etc), then we arrive in a more generous space that allows for complexity and nuance. Curatorial work, particularly at an art institution, is inherently political because we are charged with an obligation to the populous.  What art do people see?  Why show this in the twenty-first century? Who is represented and who is challenged? That said, it’s important to not let your self-accountability to stop here.  Curators better do some compelling things with these directives—new ideas that make toes curl and heads explode.

At its core, I think that curatorial work is a responsibility.  This becomes even more pronounced if you are given an opportunity to lead an institution and contribute to the art history of our contemporary moment.  This is something that I think about in my decision-making and  determines where I put my energy.  The Detroit context is central to my thinking, even when I am thinking globally.  Curators show love through rigor, so I try to create exhibitions as strange, unexpected, and complex as this city—what it deserves.

Do you consider art-making to be implicitly political? Is it possible to make ‘apolitical’ art?

This is a question we continuously return to in the art world, in part, because it does not have a simple answer (the curator one is easier). Artists frame their work in various contexts that are not political to them or their definition of political; everyone is allowed this agency.

Nevertheless, how the artwork operates in the world is not solely controlled by the artist’s intention.  I remember getting in a fight with my professor in graduate school because I proposed that the infamous removal of Richard Serra’s Tilted Arc from a New York City plaza made it a successful public art work.  This idea was greeted with such intense resistance, because Serra considered it a failure. This is an example of an artwork with an intention that was perhaps deemed apolitical, but everything that surrounded it was a firestorm of conversation on public space, taste, audience, and authority (infinitely more interesting than the steel sculpture itself).  Thus, artworks can have overt political lives, whether or not the art-making process authors it.

Furthermore, visual art is an interpretive language, so artworks can move into many kinds of conceptualization within scholarship, exhibitions, collections, etc.  This includes definitions of “political”, which as I stated above, I find rather encompassing. 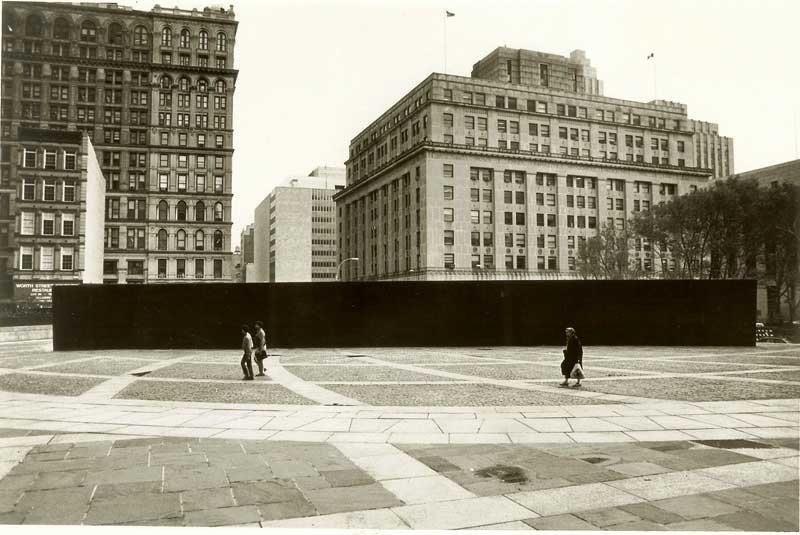 Can cultural practices such as art-making, curating, and arts criticism help us re-imagine a world order that is more cooperative and less hierarchical? If so, how?

I use optimism as a a professional and personal strategy, so I say “yes” to this question knowing it is a bit of a minefield and with caveats.  Since we are just talking about “re-imagining” a world order, of course these practices do this kind of thought experiment, which is also utilized widely outside these professions and very productively.  There are many artists and thinkers who work towards exactly this act of re-imagination and make it manifest in various ways—I’m a believer in this sense.

But art should not be tasked with only positivity as its end goal.  For instance, sometimes acts of subversion, mischief, and rebellion are equally as compelling as ideas of cooperation and horizontally.  It is more honest to the human experience to have art be full-bodied, flawed, and unexpected, instead of something solely aspirational.

I read an interview with you in PATTERN  in which you mention the over-saturation of the word “curating”, and that curating isn’t simply a selection process, but also a research process. Could you expand a little on this difference and why it matters?

I appreciate this question; it is an important distinction. Art curation isn’t just choosing things (my old Texan grandfather never could understand why it was a full-time job to pick art to hang on walls: “how long could that possibly take?”).

Recently, when I have been asked to speak about curatorial practice at universities and art schools, I explain that I do not curate artworks based on my personal taste—which was eye opening to many students. The exhibitions I organized are based on an intense research process that relies on a constant state of searching, looking, listening, reading, and writing. I engage in discourse well beyond art: history, politics, literature, music—all forms of culture really.  As I said before, curating is a responsibility and to make decisions that truly engage and challenge contemporary life, you have to be fully immersed in it.  This research process is then shifted into my creative and strategic role as an exhibition maker.  The exhibition is the physical and psychological space where ideas and artworks encounter audience.  I take this part equally as seriously—it’s both a mental and compositional choreography of artworks and architecture. Perhaps because I started as an artist, laying out a show is like dessert for me.

In our contemporary art landscape in which recontextualizing an object can redetermine it as an artwork (e.g. Duchamp’s readymades) and in which certain artistic practices mimic the curatorial role (Fred Wilson), do you think the distinction between artist and curator has been blurred? Does this change the role of the curator at all?

I feel like I live in a refreshing time, my predecessors have done a lot of this heavy-lifting. I actually limit my public dialogue about “curating” because I really want to talk about artwork.  Some curators have made whole careers discussing curating and protecting it—this is not me.  I believe in the values I expressed that surround curating very strongly, though I am mainly speaking about the institutional responsibility given to career curators like myself.

The process of exhibition making is best when it is treated as a creative endeavor and I am wide open here. Aside from his artistic practice, Duchamp organized some incredibly radical interventionist exhibitions over eighty years ago like the International Exhibition of Surrealism in 1938 and the First Papers of Surrealism in 1942.  Artist Fred Wilson’s Mining the Museum was over twenty-five years ago and remains an incredibly important groundbreaking show.  By all means, everyone please organize mind-blowing shows like these—artists, plumbers, nurses, CPAs, politicians, whoever!  I want to see those shows and how they interpret the human experience. To play into the utopic thinking of the previous question, the world might be a more cooperative and empathetic if these professions were making art shows.

This site uses Akismet to reduce spam. Learn how your comment data is processed.